The Olympia School District will host the Southwest Washington FTC District Championships for this year’s FIRST Tech Challenge (FTC) tournament season on Saturday, December 15 . Two dozen FTC teams from Tacoma to Portland will converge at Jefferson Middle School to compete in this year’s challenge, “Ring it Up”.  An overview of this year’s game is provided in this video animation.   OSD FTC teams from Avanti, Capital and Olympia high schools will compete this year, with each school entering two teams in the competition.  Winning teams from the District Championships will advance to the State Championships on January 12 in Bellevue. 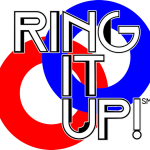 Students will design and build aTetrix-based robot programmed in Robot-C to tackle this year’s challenge.  The robot must perform autonomously for the first part of the match, then under two-person remote control for the remainder of the two-and-a-half minute match.  The competition takes place in a 12 foot square arena with four robots operating simultaneously as two randomly selected alliances.

Doors will open at 8:00 for teams to set up in “the pits”, with judging and inspections running until 11:00.  Opening Ceremonies will be in the main gym at 11:30 and the tournament matched will begin immediately thereafter.  The Elimination Round will begin around 3:30 and the final Awards Ceremony and announcement of which 8 teams will advance to the State Championships will follow at 4:30.  This event is open to the public.