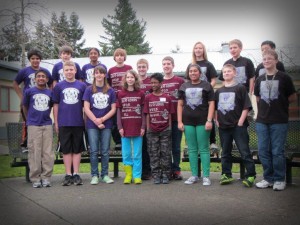 OSD was well represented by three teams at the Western Washington FIRST LEGO League (FLL) State Championships. The Electrons and R.O.B.O.T.S. from Jefferson Middle School and the Leg’O Lords from Marshall Middle School all earned berths at the State event by winning awards at the Olympia FLL Regional Qualifier.  The 43 best teams from Bellingham to Vancouver, WA, were all in attendance. 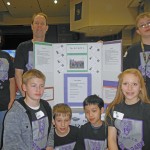 In a nail-biter of a Robot Game competition, the OSD teams finished #2, #8, and #32 after the first round with the R.O.B.O.T.S. holding down second place. 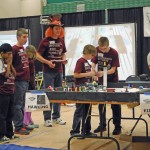 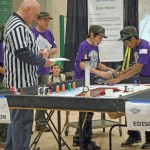 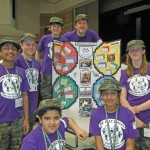 In the third and final round, The Electrons scored an event-high 408 points leaping them to #1 early in the round.  Then the Leg’O Lords hit one out of the park and scored 410 points in their final attempt. 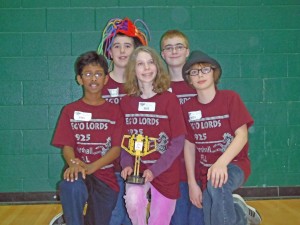 As a results, the Leg’O Lords finished #1 and took home the Robot Performance Award!!  The Electrons finished #2, just two points behind, and the R.O.B.O.T.S. finished #8.  It is note worthy that all the members of all three teams were FLL rookies – just imagine how exciting next year will be with many veteran members returning to the teams.

Congratulations to all our Varsity Robotics teams for a phenomenal inaugural season.