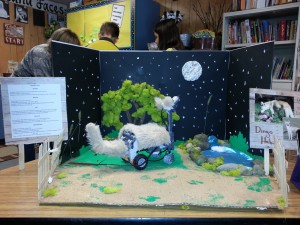 The 4th and 5th grade PATS (Program for Academically Talented Students) classes, from across the district, have been hard at work creating a robot zoo (the RoboZoo).  The students researched their animal of choice to learn about both the animal itself and its habitat.

Students then built the robot model from LEGO Mindstorms to resemble the chosen animal and programmed the robot to mimic its behaviors.   Accurate habitiats were then constructed to give each animal a comfortable home. Exhibits in the RoboZoo included Australian dingos, spitting llamas, camels, archerfish, rattlesnakes, margays, peacocks, rabbits, sharks, dolphins, a crab, a skunk and more. 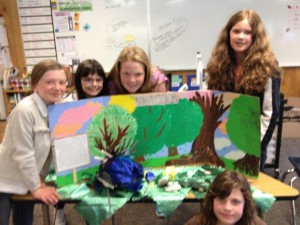 This past week, all four PATS classes presented their exhibits to PATS parents and students throughout McLane Elementary.  This was the first year for the RoboZoo, but based all of the positive comments and feedback, it looks like a new tradition has been started!  Congratulations to PATS Teacher Jen Flo and all her creative and hard working students. 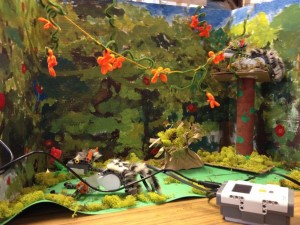