All eight Olympia School District FTC teams competed the the Southwest Washington FIRST Tech Challenge (FTC) Inter-League Championships on Saturday, January 10, at Wilson High School in Tacoma.  The fifteen teams from the Olympia League (high school teams from Olympia, Lacey, Tumwater and Shelton) competed with teams from the Centralia and Vancouver leagues to earn some of the eight available slots to the Washington State FTC Championships.  Every OSD school earned an award and four teams earned berths to State Championships. 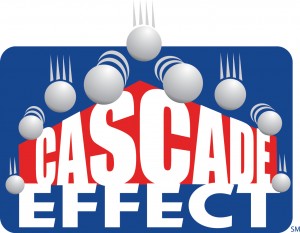 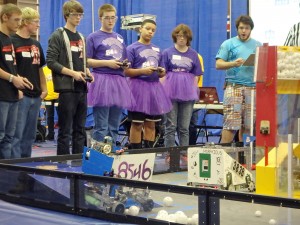 Capital High School competed with two classroom-based teams, The Capital Gear Grinders (#5061) and The Ultraviolet Catastrophe (#8546).   The Capital Gear performed well in their 6 matches and ended ranked 13th in the 33 team Southwest Washington division.  The Ultraviolet Catastrophe won the Motivate Award, recognizing the team members for great team spirit and STEM outreach activities in our community. 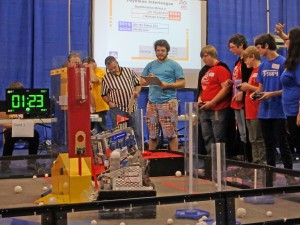 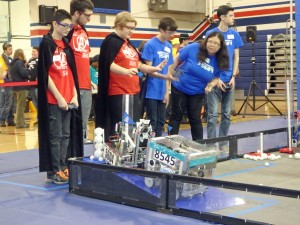 The Avanti teams also impressed the FTC Inter-League Championship judges.  Team 4448 won the Design Award in recognition of their solid robot construction and extensive use of Computer Aided Design (CAD).  Team 8545 was nominated for the Connect Award for their prolific STEM community outreach and engagement with STEM professionals (over 20 events in total).  Most significantly, 8545 was also nominated for the coveted Inspire Award, reserved for the best overall teams at the championships.  This prestigious award nomination earned the Avanti Avengers (#8545) a slot at the Washington State FTC Championships. 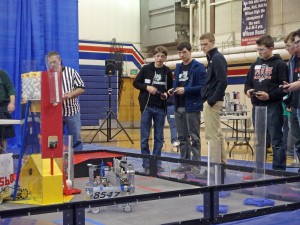 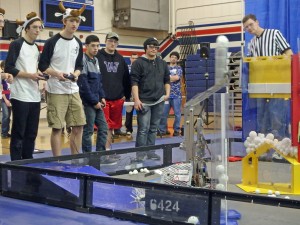 At the end of Saturday’s six qualifying rounds, Oly Cow was ranked 4th and became the captain of the 4th seed elimination round alliance.  During alliance selection, Oly Cow chose two of their schoolmates, Robot C Robot Do and Bearly Digital, to join them in the playoffs.  In the semi-final round, the all-OHS alliance made short work of the #1 alliance winning two straight matches, including a record 539 points in the first match.  The finals round was closer, but the Oly Cow-led alliance managed to again win two straight matches to become the Southwest Washington Inter-League Champions.  As a result, all three OHS teams earned berths to the Washington State FTC Championships. 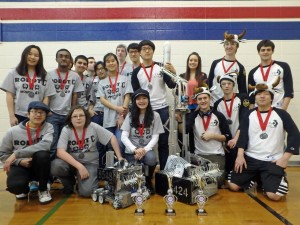 However, the OHS teams were not done there.   During the awards ceremony, Robot C Robot Do was nominated for the Motivate Award in recognition for the STEM outreach to rookie FTC teams and mentoring the FLL teams at Washington Middle School.  At the culmination of the award ceremony, Oly Cow was awarded the Inspire Award as the best overall team in the division…. not too great a surprise after they were also nominated for the Connect, Innovation, Design and Think awards earlier the ceremony.  According to the judges, this selection was a “black and white decision”,and “udderly obvious”, since Oly Cow gave a “whole effort…. giving 100%, not 2%…. and did not skim on anything”.

Congratulations to all our OSD teams for representing our school district so well throughout the entire season.   The four advancing teams now have three weeks to prepare for the Washington State FTC Championships on January 31 at the Showare Center in Kent, WA.  Admission is free and the public is welcome to come and cheer on our OSD teams in “Robotics as a Sport” as they try to earn slots at the Western US FTC Championships.